“The best scale I have used”, says Mikko Nousiainen from Kuljetusliike E. Nousiainen from Hyvinkää, when he was asked to share his experiences about Tamtron’s new One Timber Scale. Transport company E. Nousiainen Oy drives wood with thirteen 76-ton combination trucks. Weighing of wood transport relies on Tamtron’s weighing solutions. New One Timber model has proven to be the accurate and to a very durable scale which company is very satisfied with.

HIGH DEMANDS FOR WEIGHING TECHNOLOGY DUE TO YEARS OF EXPERIENCE

Company’s first contacts with crane scales was obtained as early as the 80s and in the 90s scales were already widely in use and scales were found in all company’s trucks. ” Major part of our scales at the moment are wireless Timber models, many of which have been in used over ten years”, says Antti Nousiainen Managing Director of Kuljetusliike E.Nousiainen and continues: “We got the One Timber scale test model introduced at the end of 2019 in the other words, it has now been in active use for two years. Although the scale model was then still in the product development phase, it has never been any technical faults with it.”

Tamtron One Timber crane scale is based on strain gauge technology, so there is no hydraulics in the sensor that would cause friction or moving parts affecting the weighing. “For us in practice this means more accurate weighing results since the weighing is not affected by weather conditions or who loads and with what style”, says Nousiainen and explains further: “When there’s something 50-56 tons of timber per truck, so we are talking about a few hundred kilos differences when compared to factory weighing. The weighing in such accuracy class is something that the engineers is hard to improve on anymore since weighing timber load has so many factors influencing on the weighing.”

Read the whole article (in Finnish).

We are so happy with this scale that we have already added several new ones in to our trucks and are going the get even more next year
Antti Nousiainen
|
Managing Director of Kuljetusliike E.Nousiainen

Accurate weighing data speeds up and streamlines workflows, makes logistics and operations more transparent than ever before, and achieves cost savings. We have Avainlippu as a sign of Finnish work and experience in producing weighing solutions for almost 50 years. One Timber timber scale together with the One Cloud cloud service is a reliable and easy-to-use weighing solution that meets the tough demands of timber transport. 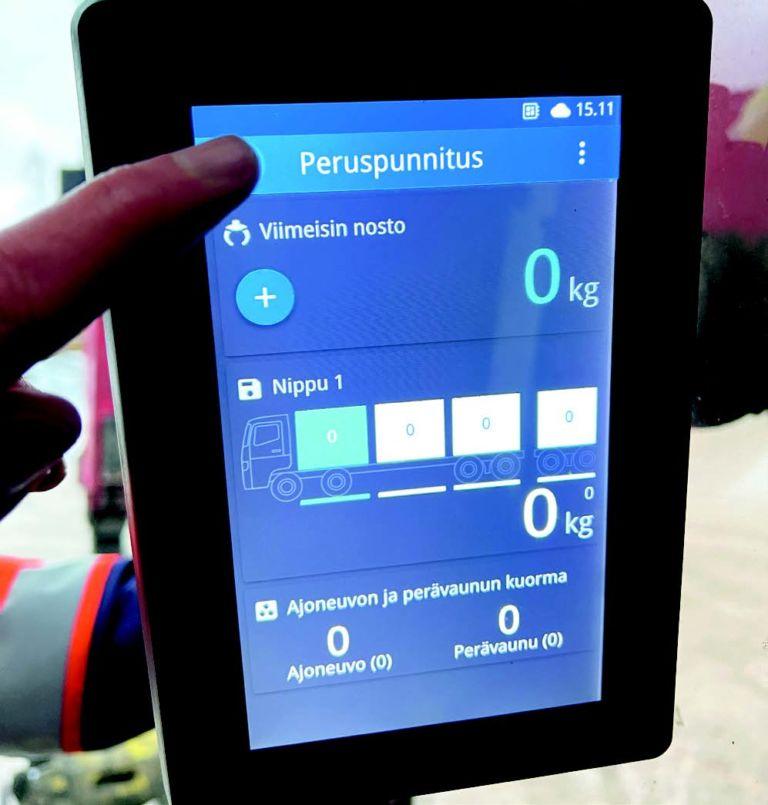 Watch what else Mikko Nousiainen has to say about his experiences with Tamtron One Timber Crane Scale.