By reducing unnecessary driving, you minimize emissions and risk of accidents, improving employees’ working safety. The Scalift 100 will boost your operations’ efficiency and productivity. We developed the Scalift 100 for our customers who require fast, accurate weighing and information management for their core business.

The legal-for-trade model Scalift 200 is designed to meet the high performance and reliability demands of heavy-duty handling. This patented, type-approved scale also meets the requirements of the SOLAS regulations. The Scalift 200 is the ideal choice for applications, where extreme precision is requested, also for commercial use – such as steel mills, concrete yards, saw mills, and port operations.

The Scalift scale suits all kinds of forklifts. Weighing takes place while loading – it is accurate and fast, saves time by loading efficiently and you easily manage your weighing log. Weighing information can be printed via RS232 port.

The Scalift 100’s technology produces exact weighing results. The scale is rugged and informs the driver of overloads based on the given loaded capacities. The operator lifts the load as usual and weighs the load by pressing the weighing button, after which the load slightly descends, the weighing result is displayed on the screen and stored in the weighing log.

With the Scalift 200 hydraulic pressure, height, velocity and acceleration of the forks are recorded during upwards and downwards maneuvering, significantly improving the weighing accuracy and long-term stability. This patented technology eliminates the influence of mechanical friction, non-linearity and weighing tolerances caused by load positioned on fork tips. The dual tilt compensation ensures an accurate weighing result regardless of inclination of forklift mast and floor. 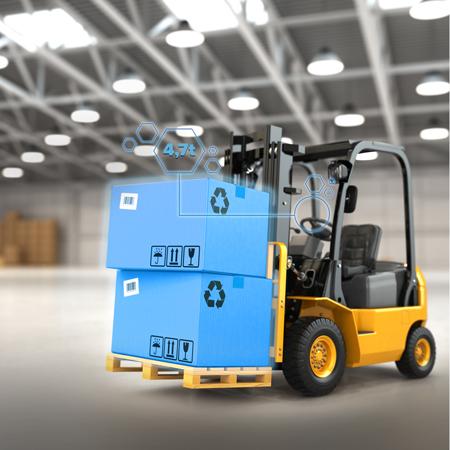 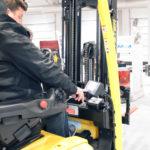 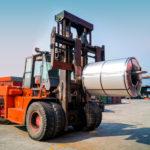 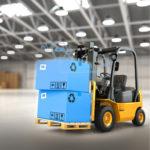 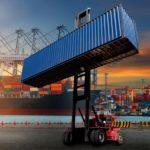 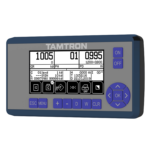