Glencore plc was founded in 1974. Today, Glencore is one of the world’s leading diversified natural resource companies, producing and trading more than 90 commodities and employing 146,000 people around the world. Glencore’s operations comprise around 150 mining and metallurgical sites, oil production assets and agricultural facilities. 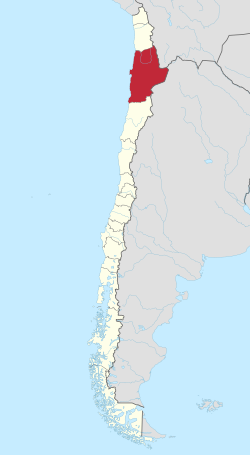 In January 2014 Glencore Altonorte contacted Tamtron’s Chilean distributor Fluitek who specialize in the mining sector as a service provider in Chile. Glencore Altonorte faced several problems in their daily operation ranging from inaccurate accounting of minerals, discrepancies in the amount of transported minerals and amount of loaded minerals. There were no protocols in place to keep track of loaded amounts and/or location of transported minerals. Wheel loaders were used to load trucks that would leave the site and transport minerals to multiple locations in Chile. When the trucks were loaded without knowing precisely how much was loaded, this caused a problem with the efficiency of the loading process at the site. Loaded trucks needed to drive to a weigh bridge that is located several kilometers from the site to confirm if the loaded amount was the desired amount. In the case that the trucks were underloaded or overloaded, the trucks needed to return to the site were the wheel loader was loading trucks. This caused a significant delay in the efficient transport of the minerals from the site. As a result, Glencore asked Fluitek to install Tamtron Power wheel loader scales onto their wheel loaders. With the Tamtron Power wheel loader scales installed, Glencore was able to control the amount of loaded minerals onto the trucks. Loading became efficient and the trucks were loaded correctly the first time. More trucks were loaded daily and there were no lines in and out of the site because the trucks were loaded correctly.

At the Glencore site, a variety of minerals are stored in various separate locations. Mineral stock quantities are carefully monitored and controlled. Specific amounts of minerals are combined with other minerals as part of their daily routines. Glencore needed to manage their mineral inventory in order to make sure they always had enough minerals in stock, so that the operation could function 24/7. The quantities loaded by each operator and the quantities transported off site during each shift is crucial data that needed to be available electronically in real-time in their own ERP system. This is where the Tamtron Power wheel loader scale once again proved to be a game changer for Glencore. Glencore upgraded their existing Tamtron Power wheel loader scales to Power 300i scales that were able to access the Tamtron WNexus online service. The upgrade was completed by Fluitek in less than 24 hours on 15 wheel loaders. The Tamtron cloud service used by Glencore was later on integrated into Glencore’s own ERP system. This way, Glencore was able to view the activity of all scales, stock quantities etc. in their own ERP system. This upgrade facilitated Glencore’s daily operation from an administration point of view.

Glencore was very pleased with the purchase of the Tamtron Power wheel loader scales and the addition of the WNexus service. Glencore uses the WNexus service to keep an eye on the big picture. Also, Glencore has been able to monitor all amounts of material which is processed on site, control stock quantities, monitor operator work flows and to use the weighing data to make the business as profitable as possible.

For Glencore it was very important to be able to capture the weighing data from the scales in real time. This way the client was able to manage their in stock quantities also in real time. The Tamtron Power wheel loader scale facilitated the use of Glencore’s own ERP software as all the necessary data could be found in one place.